A milkbar used to be a place where the city dwellers came to drink fresh milk. The MelkSalon was a pop-up taste- and design milkbar that brought together consumers, dairy farmers, designers and scientists to rediscover the value of milk. We were commissioned by designer Sietske Klooster and Food Cabinet to design the interior and visual identity of this one of a kind pop-up milkbar.

The MelkSalon was only open for one month in April 2015. Lectures, design sessions, movie nights and city walks took place. Chefs designed a series of special dinners. The diverse nature of the pop-up milkbar asked for multifunctional furniture. This way the MelkSalon could be transformed from designspace to theatre to restaurant in the blink of an eye. On a interactive value map visitors could share their opinion about the value of milk. The entire bar was lit by lamps made from milkglasses, designed by Kamiel Vorwerk.

Thanks to: Peter Verschuuren, Gestaltung 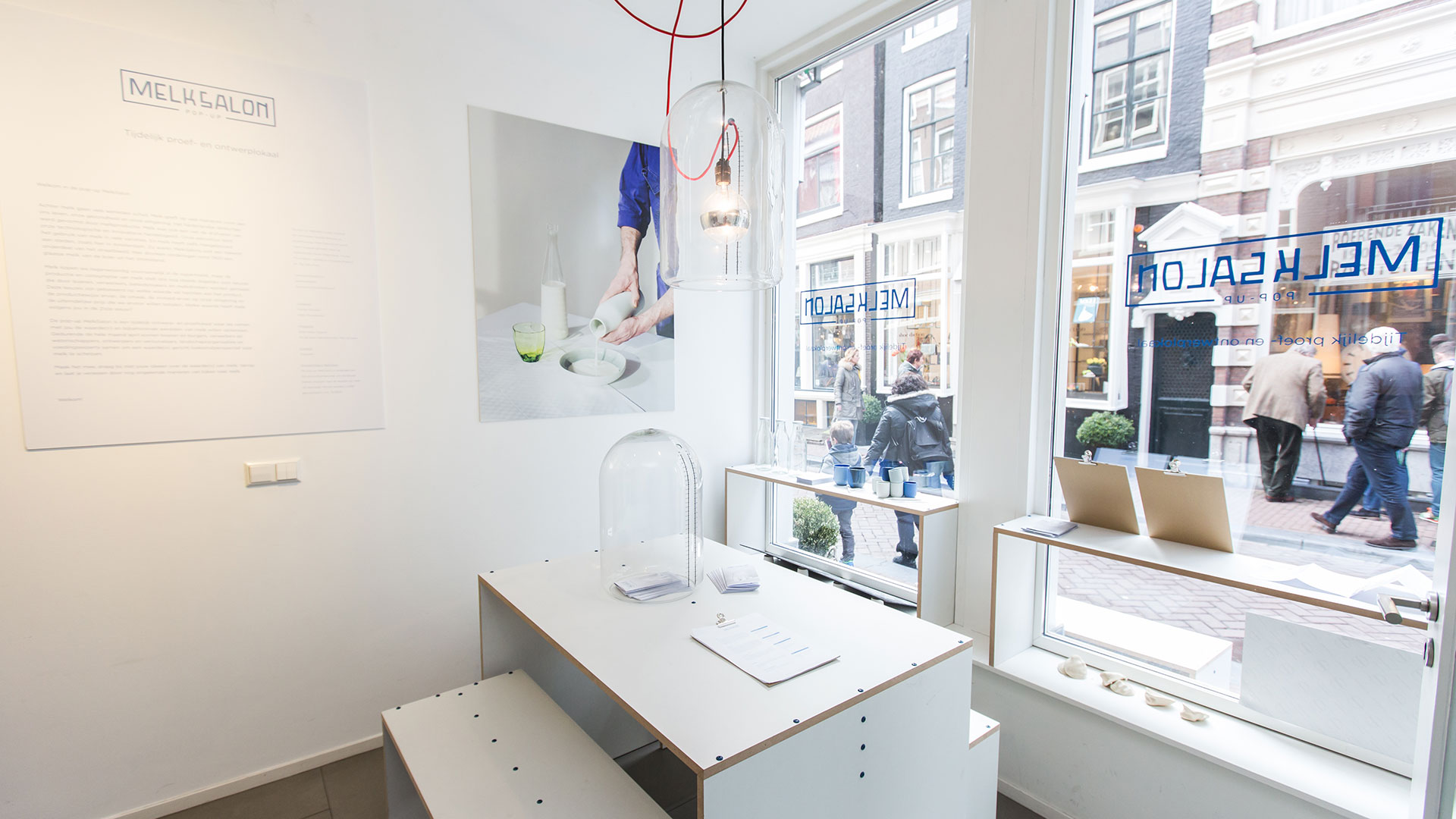 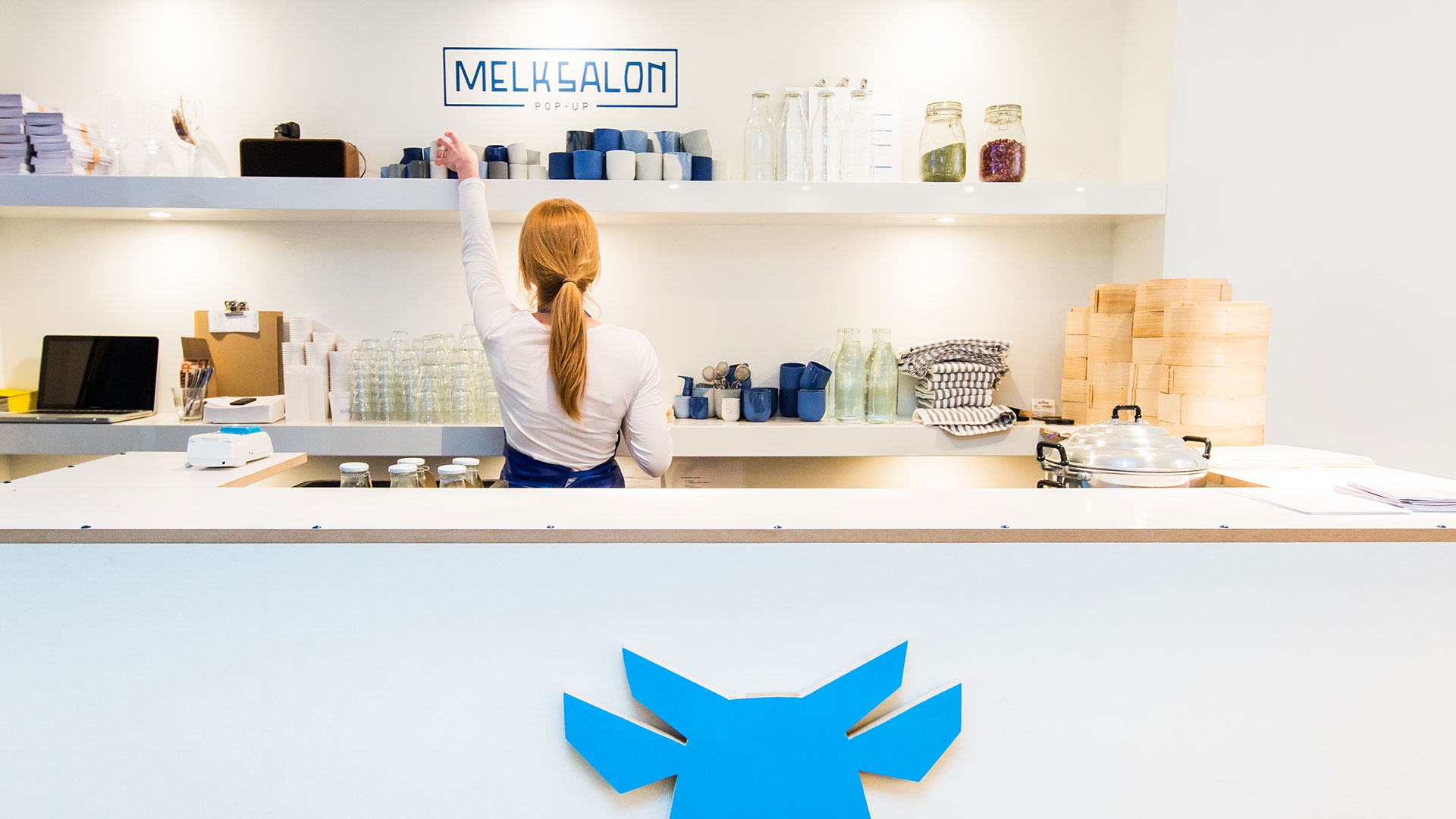 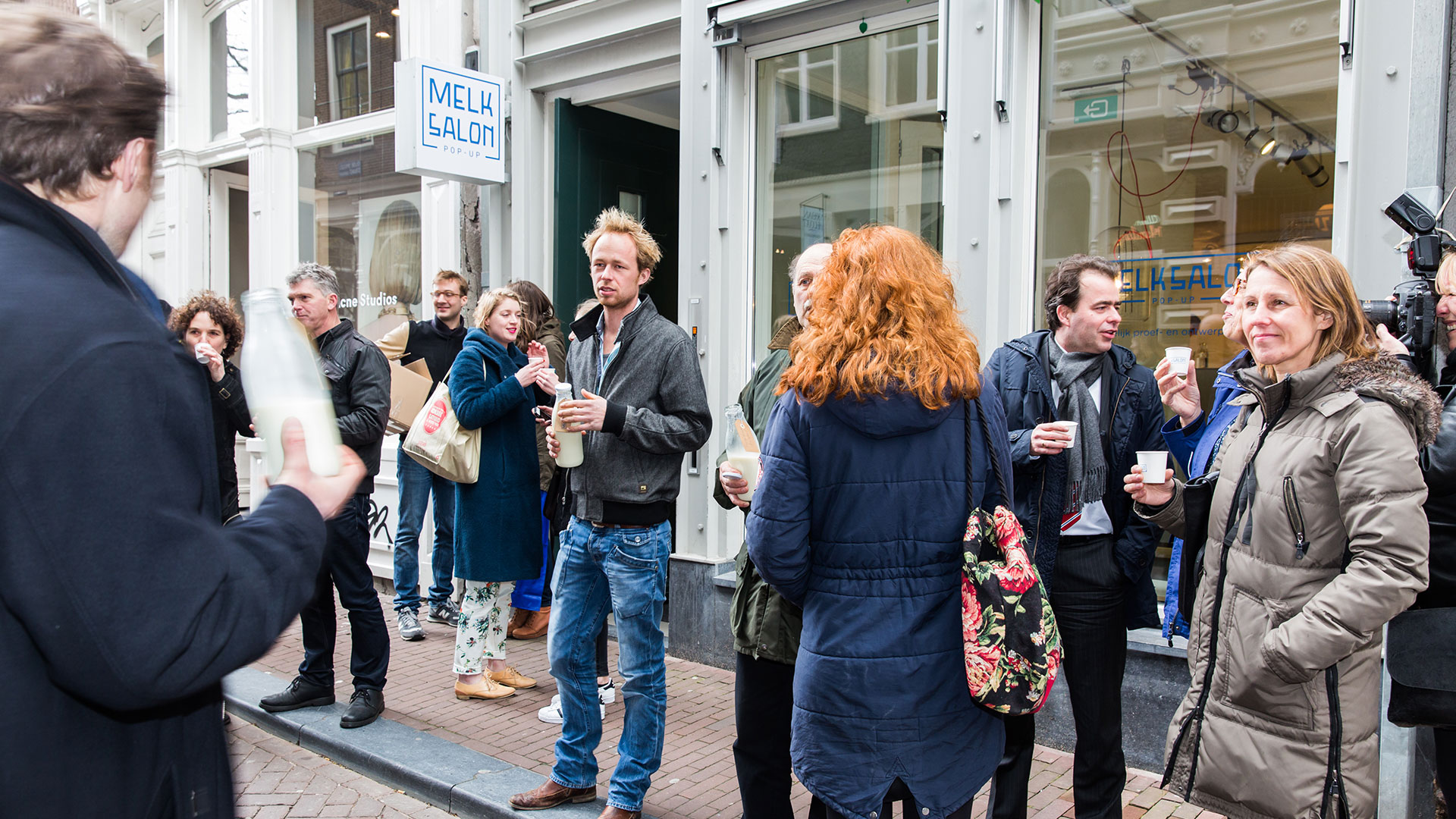 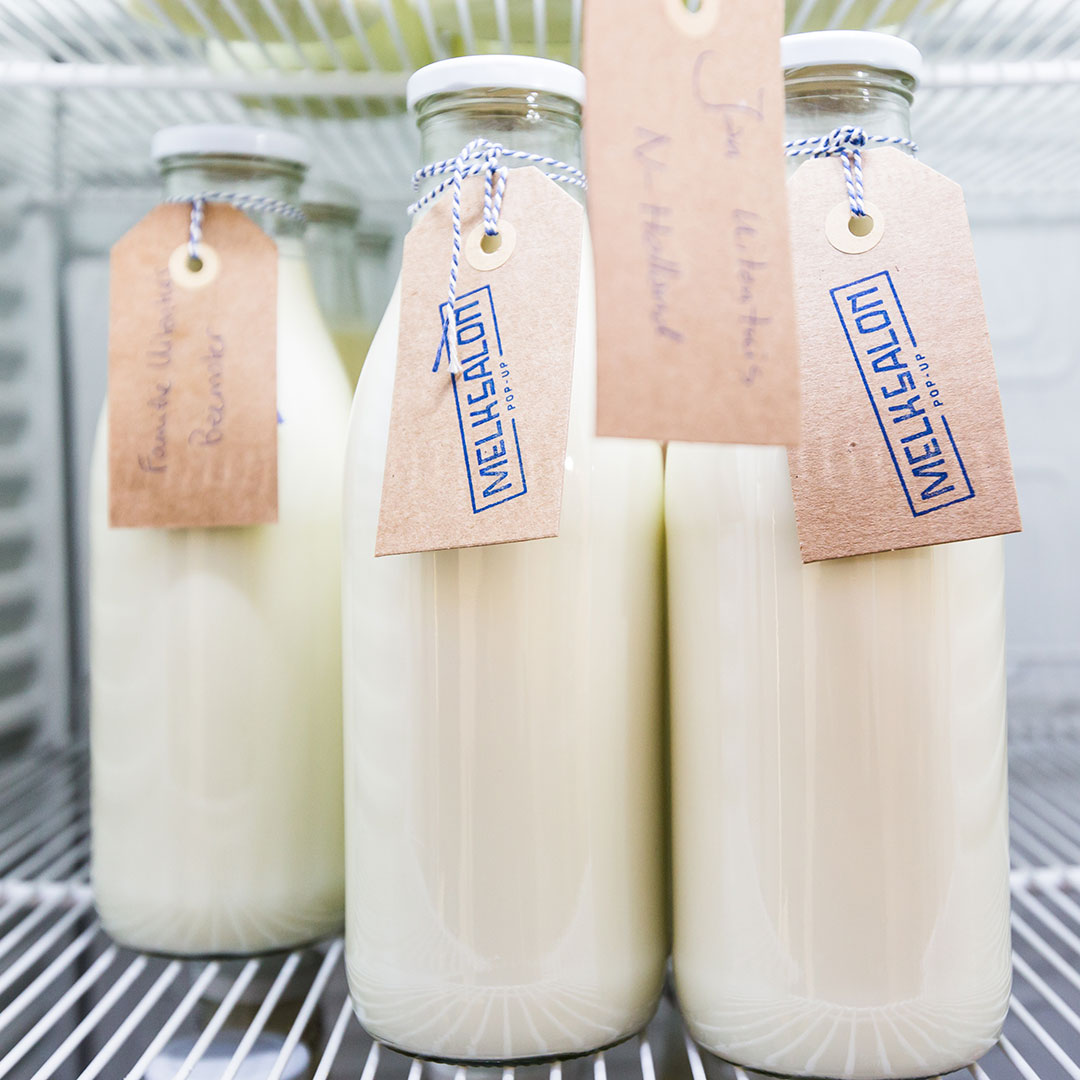 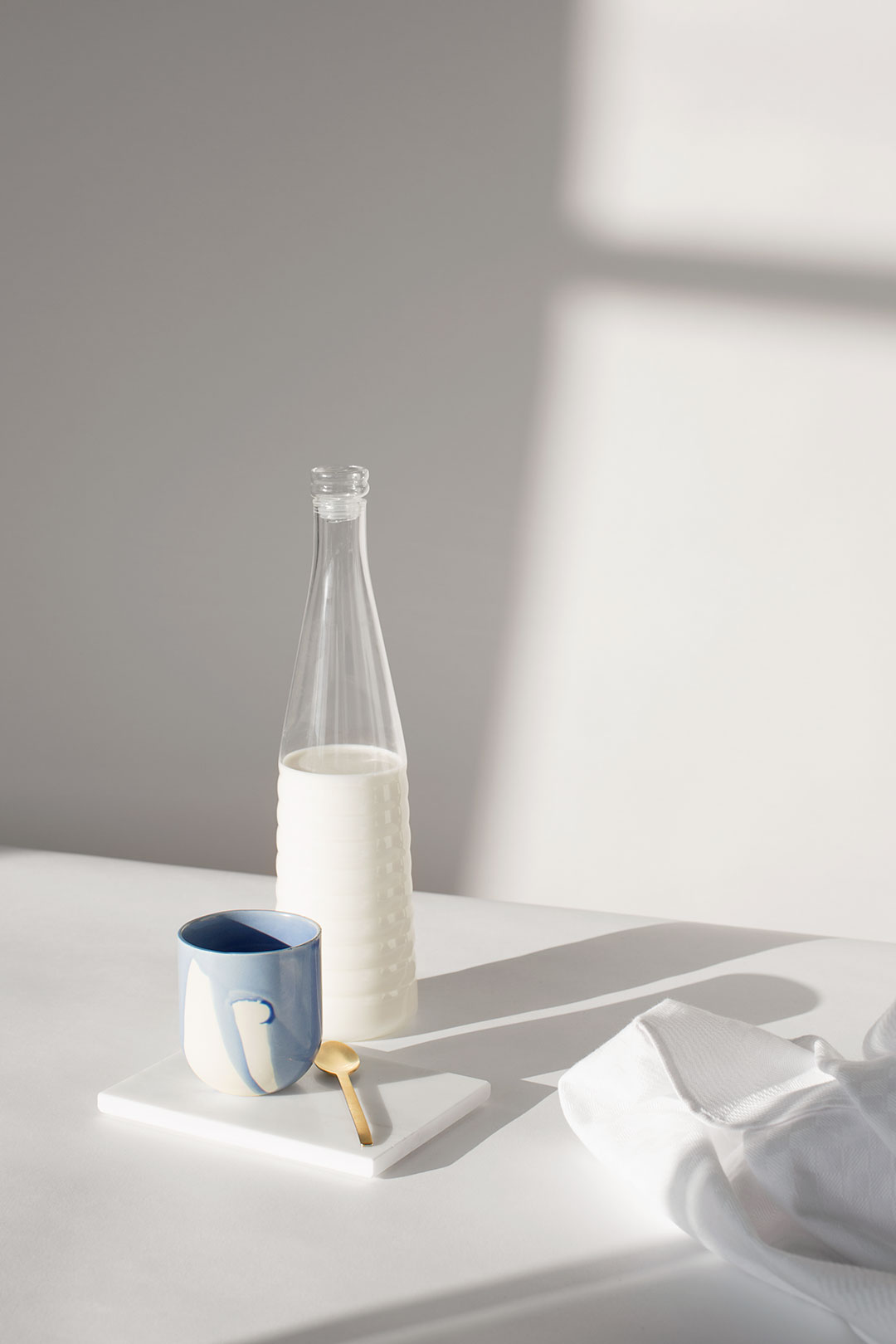 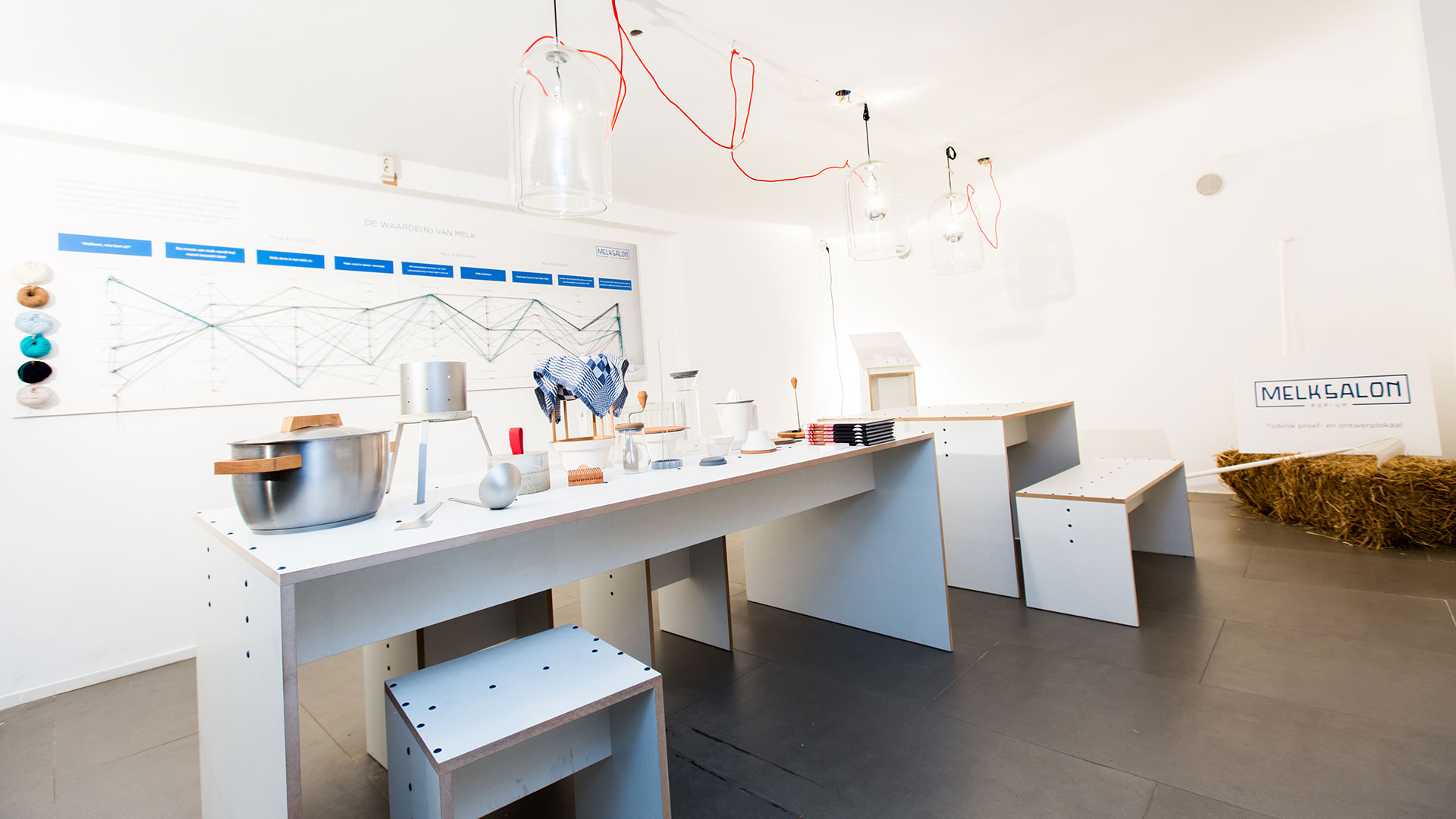 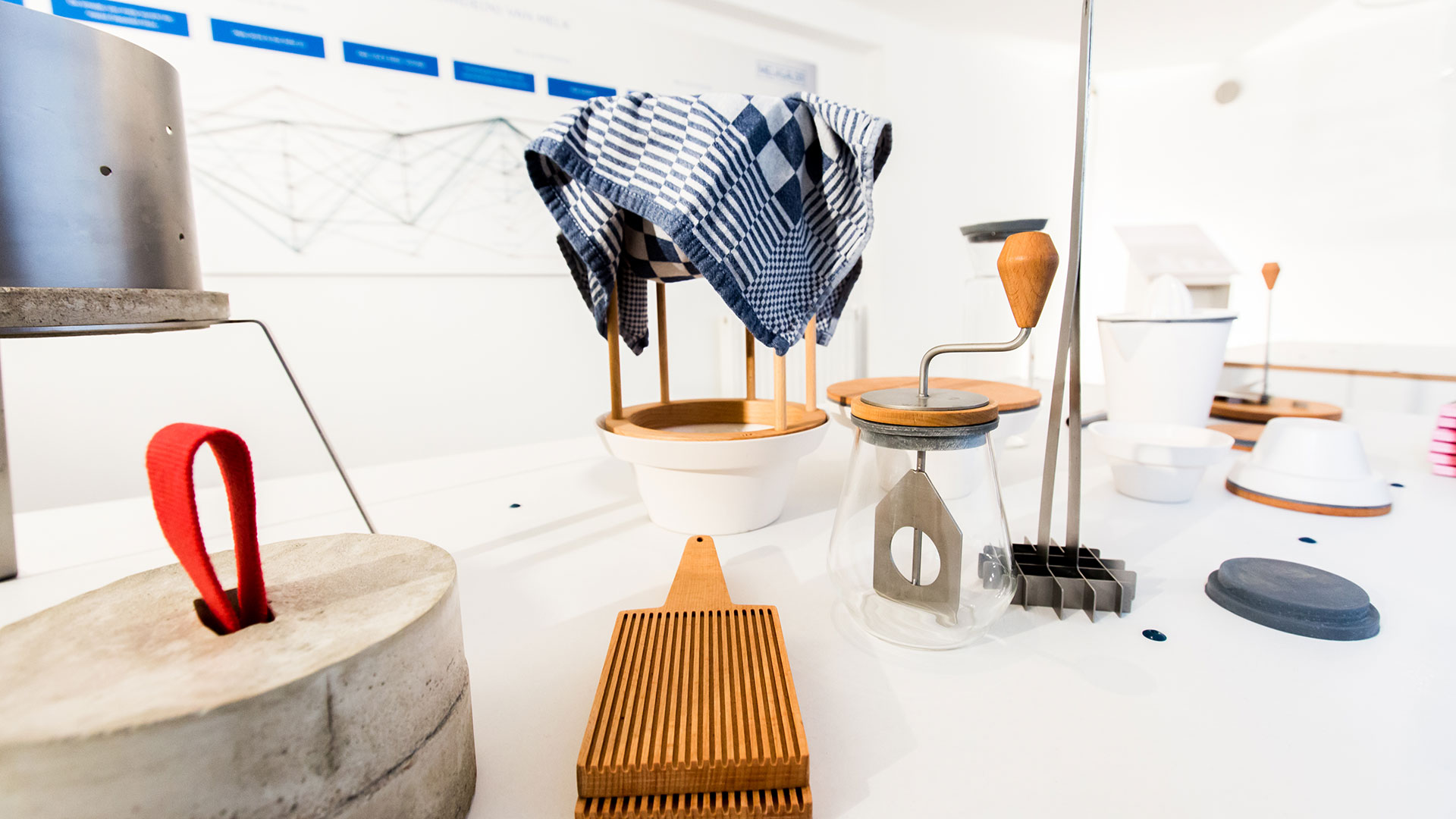 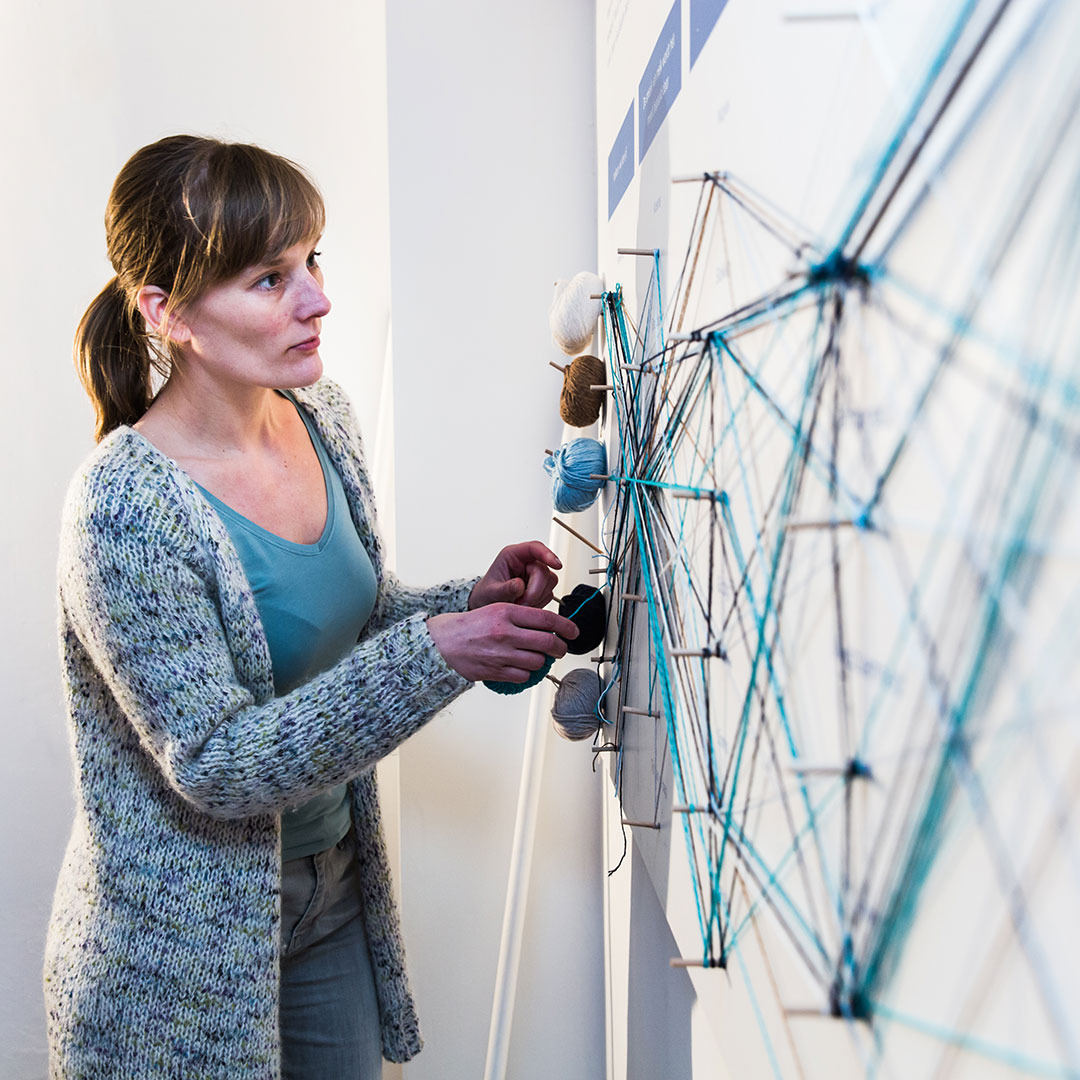 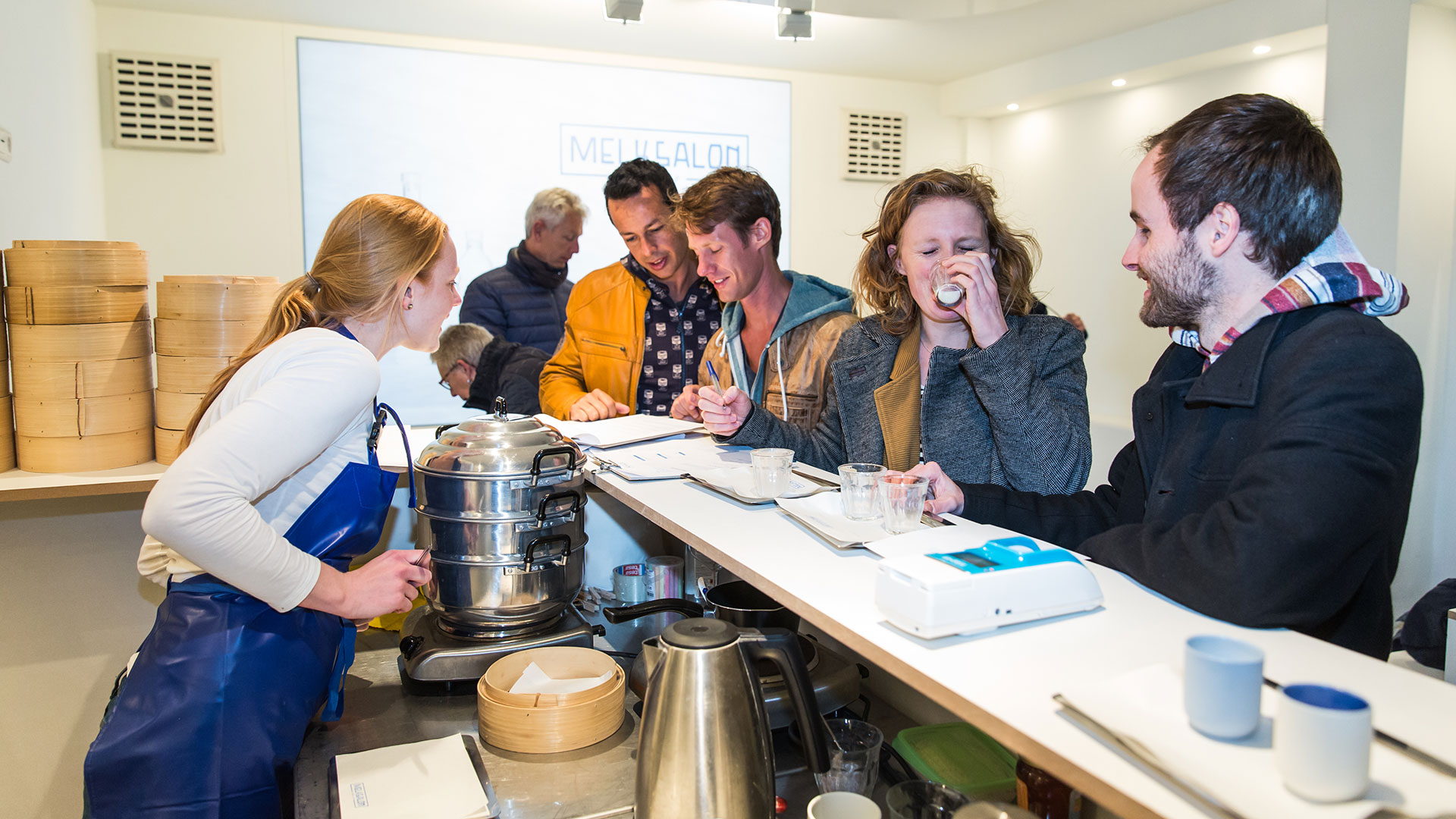 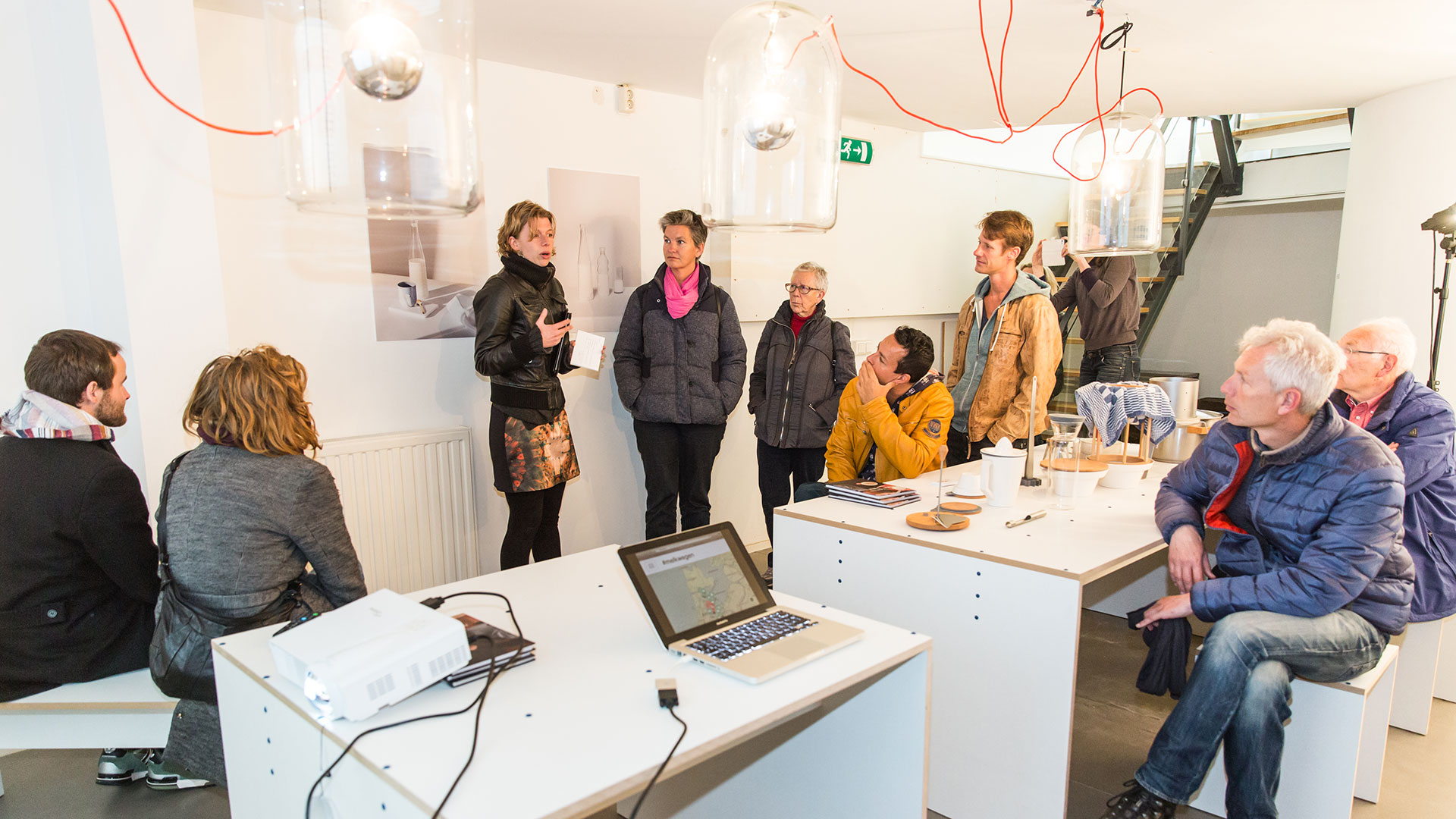 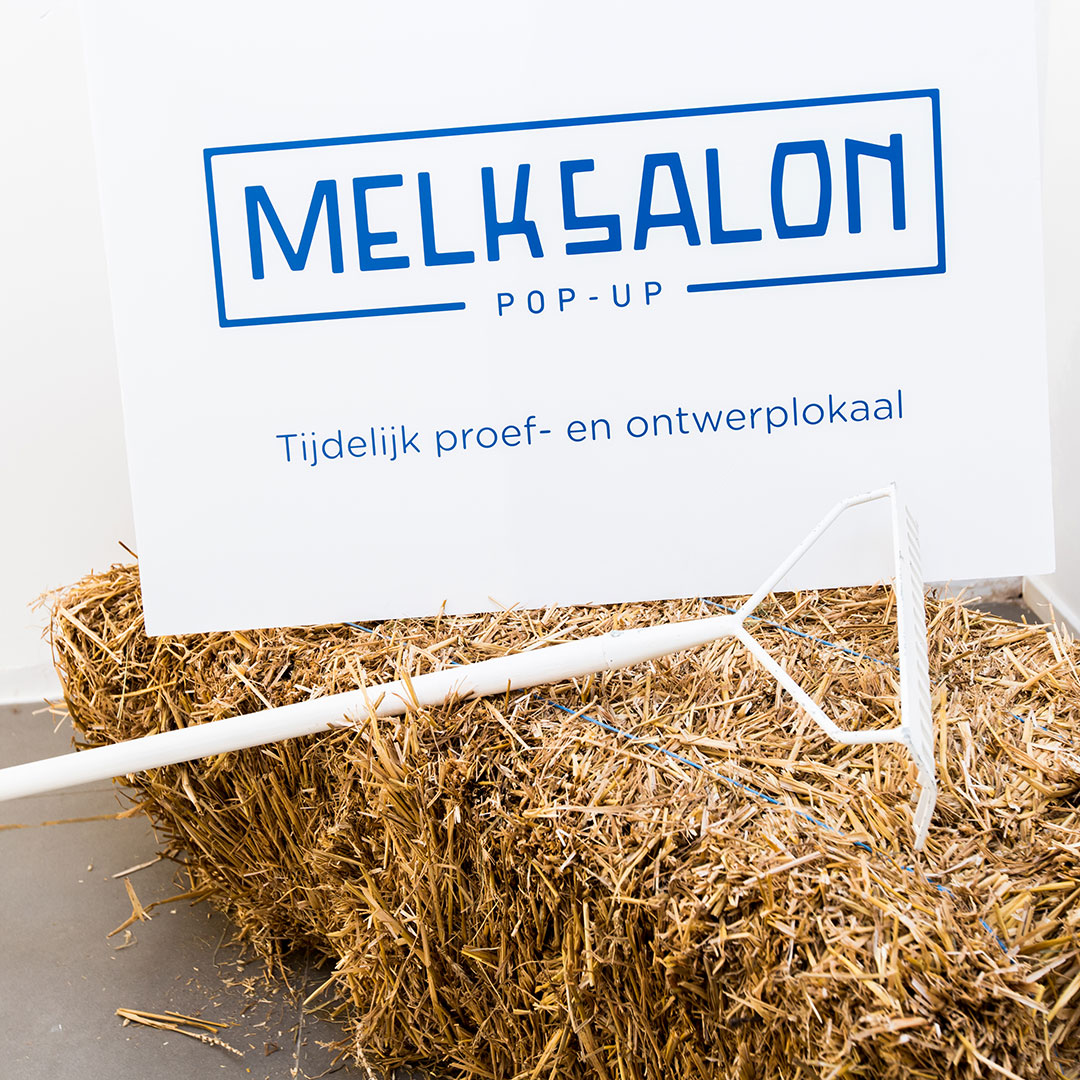 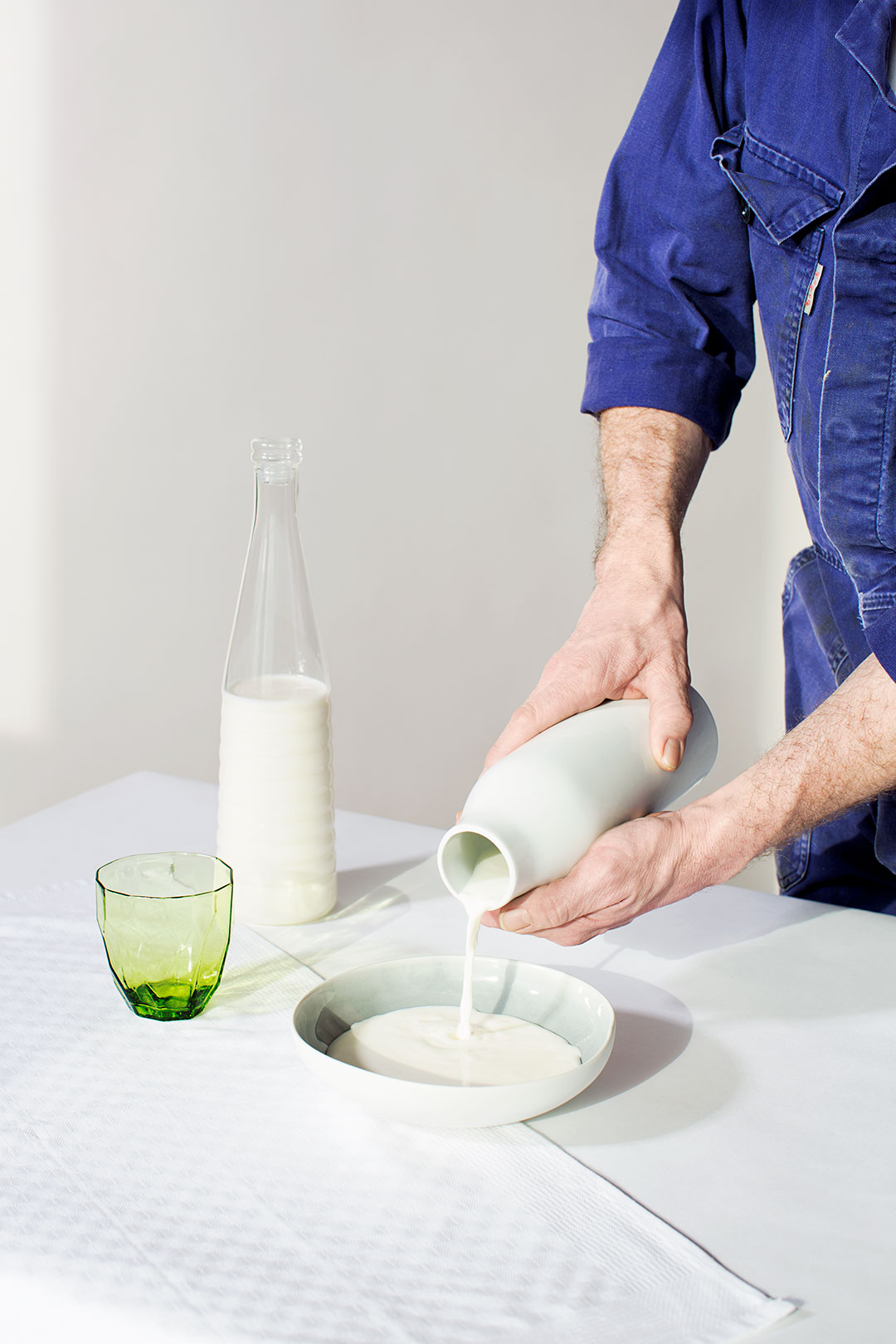 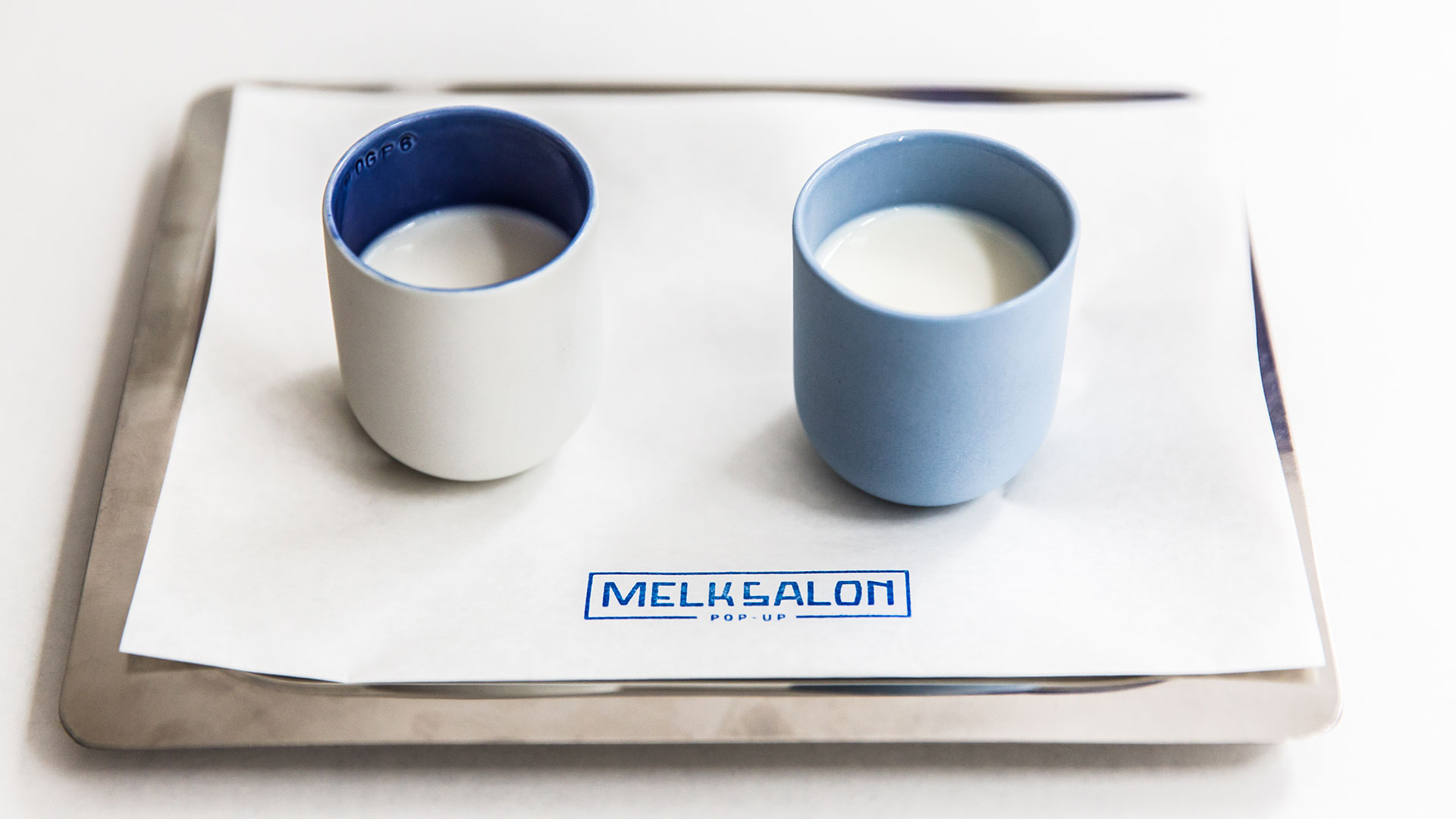 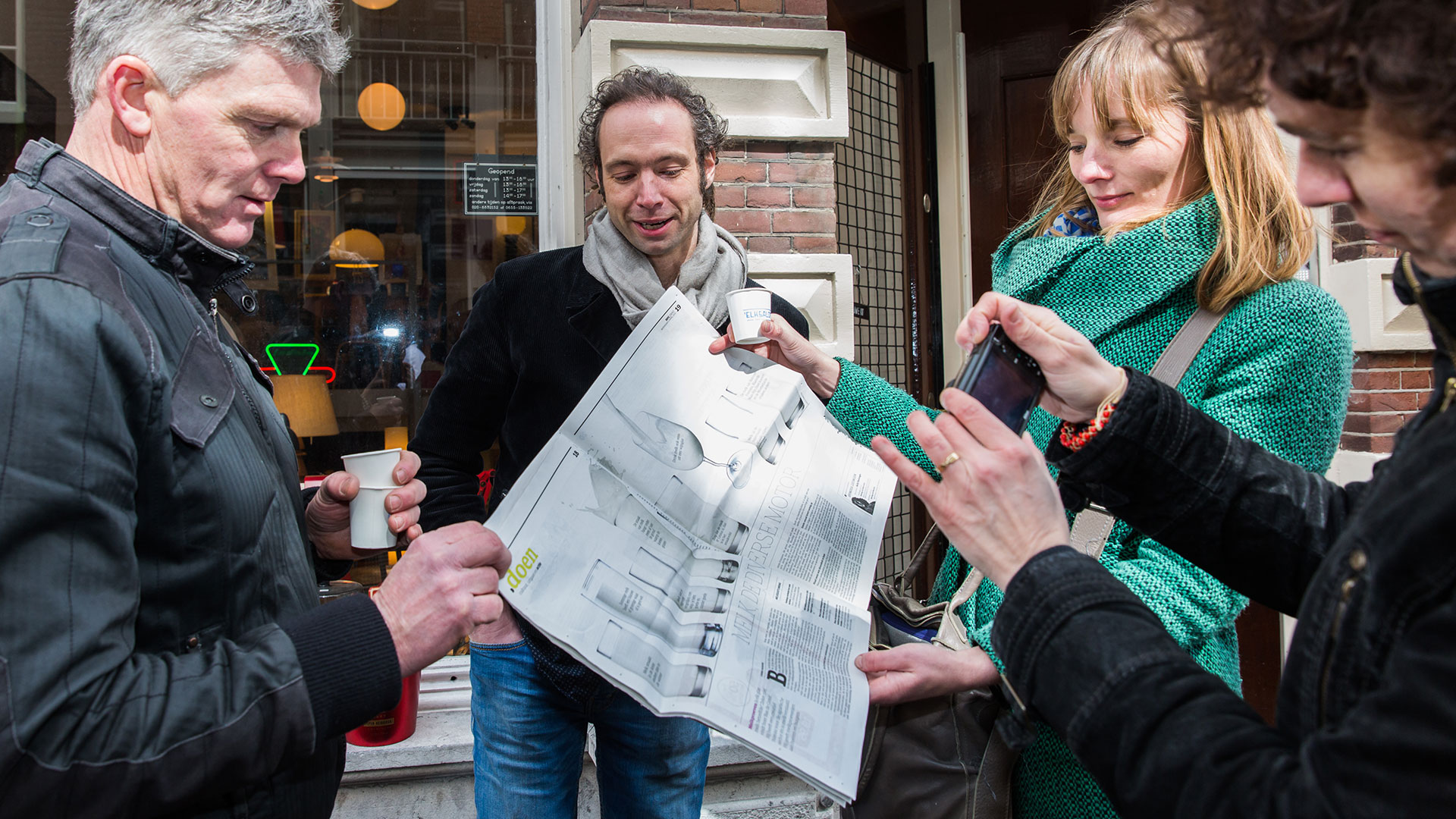 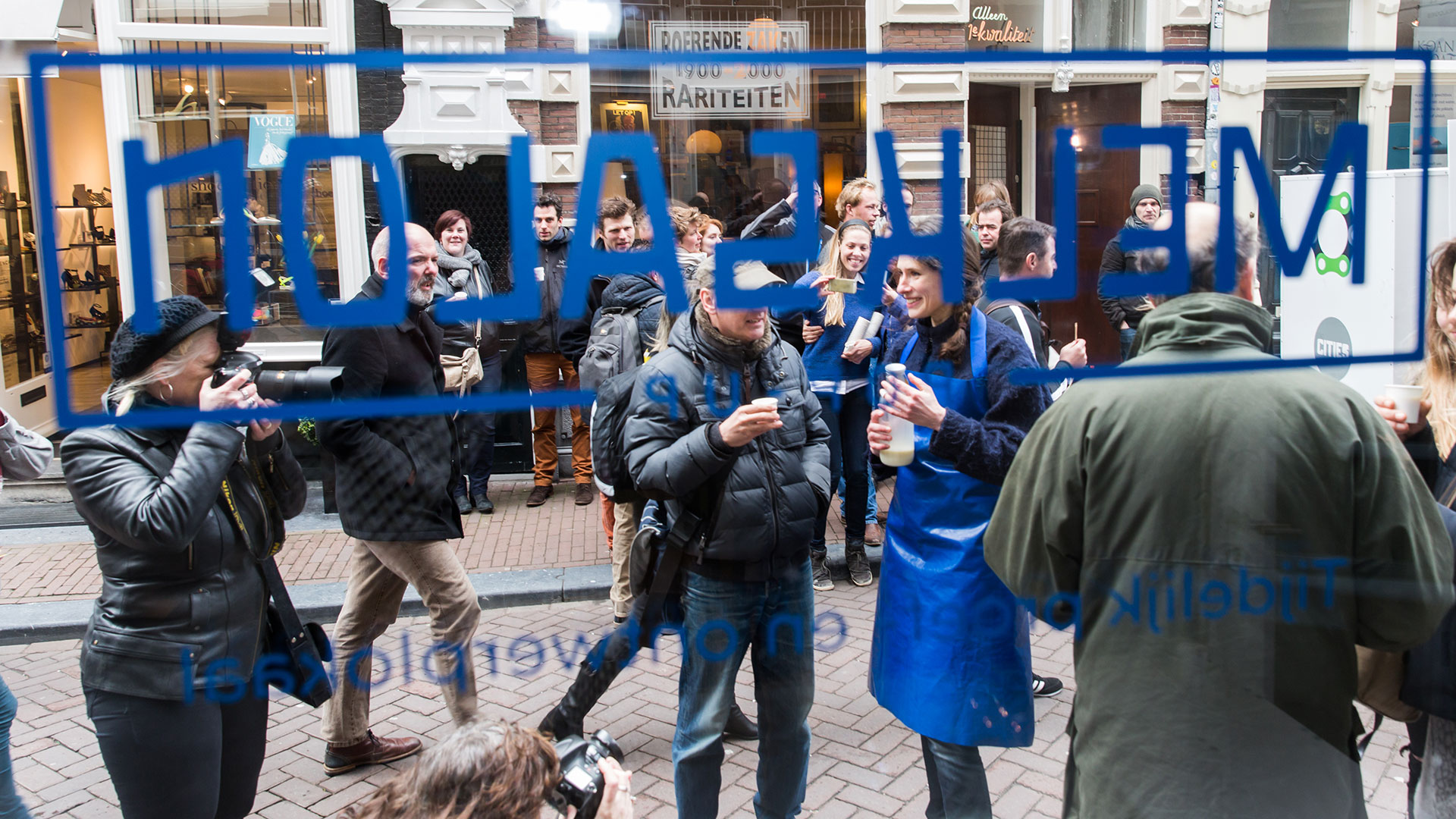 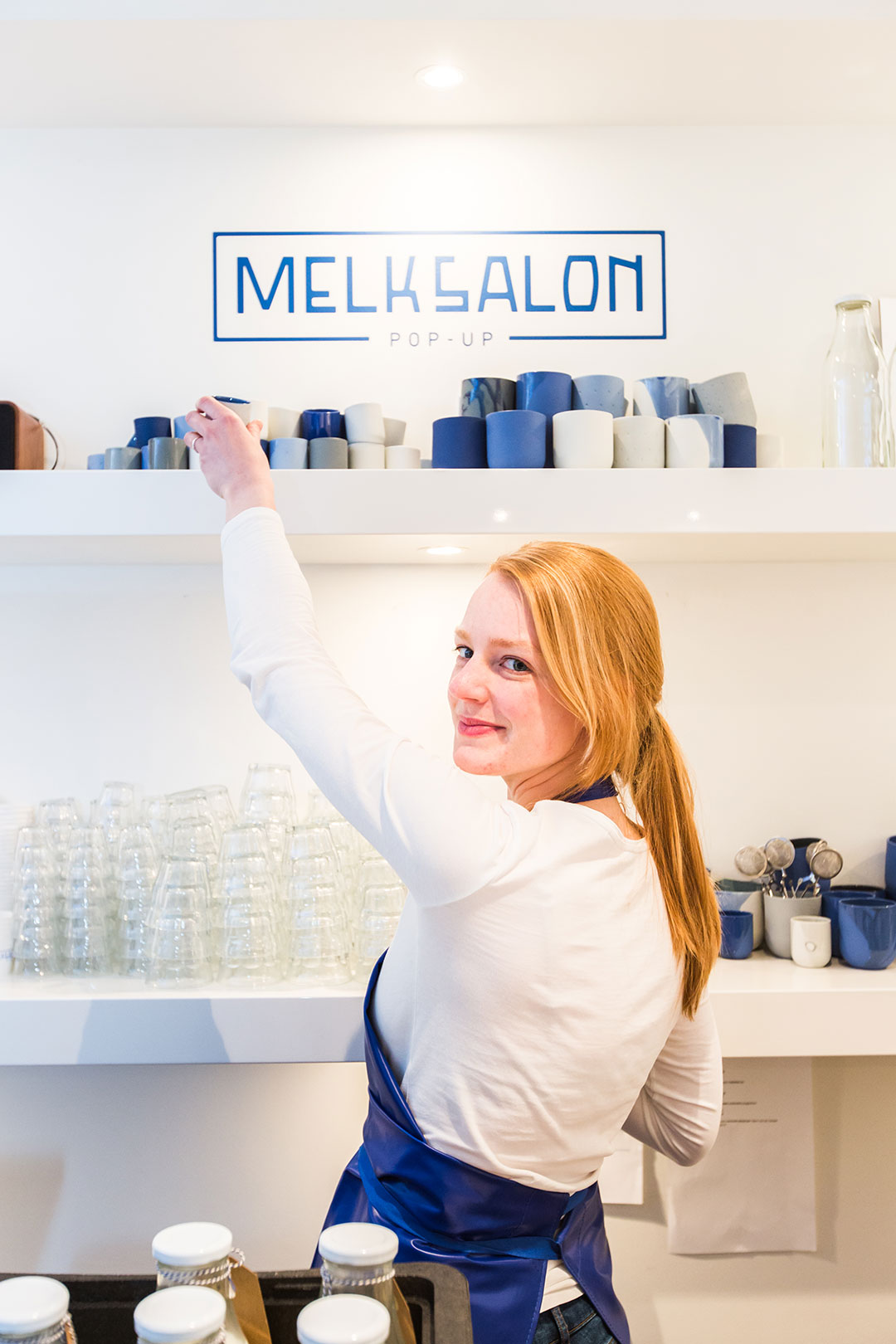